Blog
You are here: Home1 / Blog2 / Orthodontics3 / Does Invisalign Give You a Lisp? 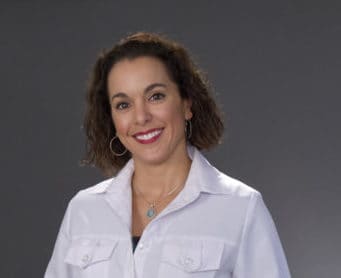 The common question of – Will Invisalign aligners give me a lisp? It is normal for Invisalign patients to wonder about such things. If you have a lisp or notice a speech issue, don’t fret. It won’t last long and is reversible. In this post, we’ll show you the link between lisping and aligners.  Let’s get looking at what aligners are…

Invisalign takes a modern approach to straightening teeth. With a series of thin plastic clear aligners that straighten your teeth. Invisalign straightens your teeth without wires and brackets. Using a series of clear, customized, removable appliances called aligners. It’s virtually undetectable. Which means hardly anyone will know that you’re straightening your teeth.

Invisalign Teen is comfortable, affordable, and effective for the vast majority of younger patients. Now without brackets and wires, you’ll have the confidence of a great smile even during treatment. They are also removable so you can take them out for a short period to maintain good oral hygiene by brushing and flossing and regularly cleaning your aligners.

Is Lisping Normal with Aligners?

Invisalign aligners can create lisping or speech issues. It is said by a medical study conducted to affect 7% of people wearing Invisalign aligners. It is normal to see a change in audible sounds from the mouth.

It can be irritating. But for the majority speech is not affected at all.  People wearing traditional metal braces have their own speech and lisp issues.

Tongue pushing against roof of the mouth

Tongue pushing on the spaces between front teeth

Uneven airflow over and around the tongue

Will my speech be affected by Invisalign?

Often lisping can be most apparent with the sound “s” or “sh” or”Th” or “Ch.” If you use rubber bands for any reason, you might find your mouth snapping back. Again, this is as temporary as the lisp.

How Long Does it Take for Lisp to go Away with Invisalign?

You might even notice you are speaking with a lisp when wearing the aligners the first few days. It can take a little longer for you before you are used to it. Often people have sore tongues that subconsciously shift over to the aligners.

Your tongue will eventually get used to the new inhabitant and the lisp or speech issue will disappear.

Can Aligners Fix a Lisp?

If you have a lisp already, Invisalign has been known to correct the jawline and eliminate the speech issue. Structural issues in the jaw are a common cause of lisping. correcting this corrects the tongue placement within the mouth.

Is a Permanent Lisp a Thing From Invisalign?

You can rid any lisp with a healthy reduction exercise routine. There are a few ways to train your mouth:

Choosing the right orthodontist is important for Invisalign patients. The above is a rough guide on lisping while wearing Invisalign.  You can get all the information on the above from Dr. Panucci.

Beach Braces is amongst the top level of Invisalign providers and the doctor and her team know everything about lisping, speech impediments, speech difficulties when undergoing Invisalign treatment.

They have the experience and dedication to any dental appliance including traditional braces to give you and your child the best possible service. If you have any further questions you can contact us TODAY.

Dr Patti Panucci attended the University of Louisville School of Dentistry for four years, where she graduated with a DMD degree (May 2000) among the Top 10 in her class. Following that, she headed west to Los Angeles to complete her three-year residency at one of the top-ranked orthodontic programs in the country – the University of Southern California.

Along with her certificate in orthodontics, Dr. Panucci earned a master’s degree in craniofacial biology. During those three years, she fell in love with Southern California beach life and decided that this was where her future lay.

Perfect Teeth Alignment – How are Teeth Supposed to Line Up?

What is The Function of Fluoride? (Good for Teeth?)
Scroll to top